The Calico M955A is an select fire/intermediate length barrel version of the M951 full length carbine. 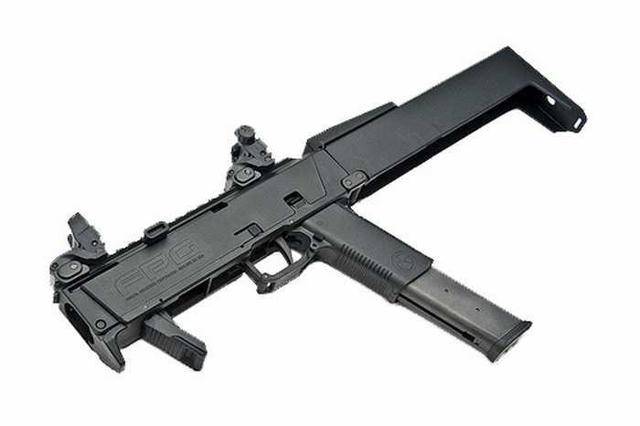 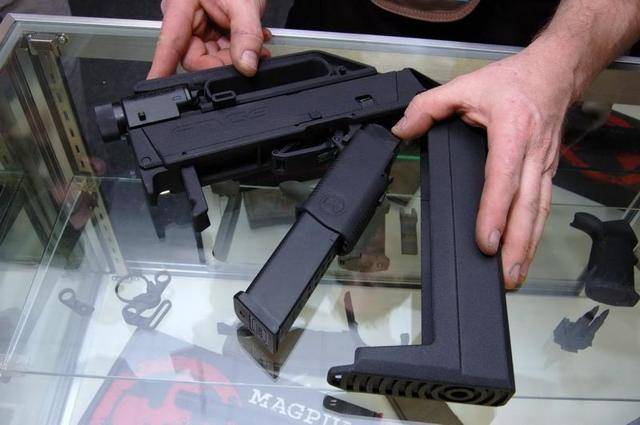 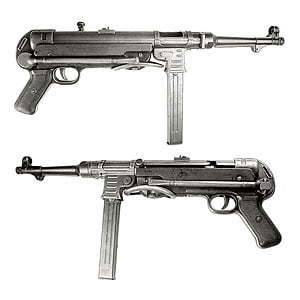 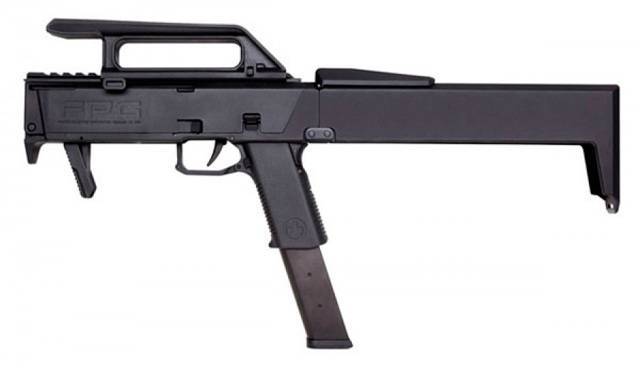 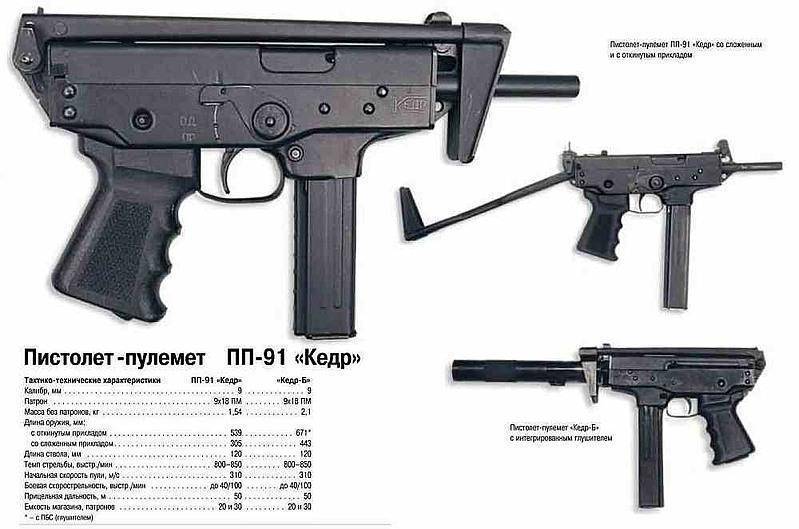 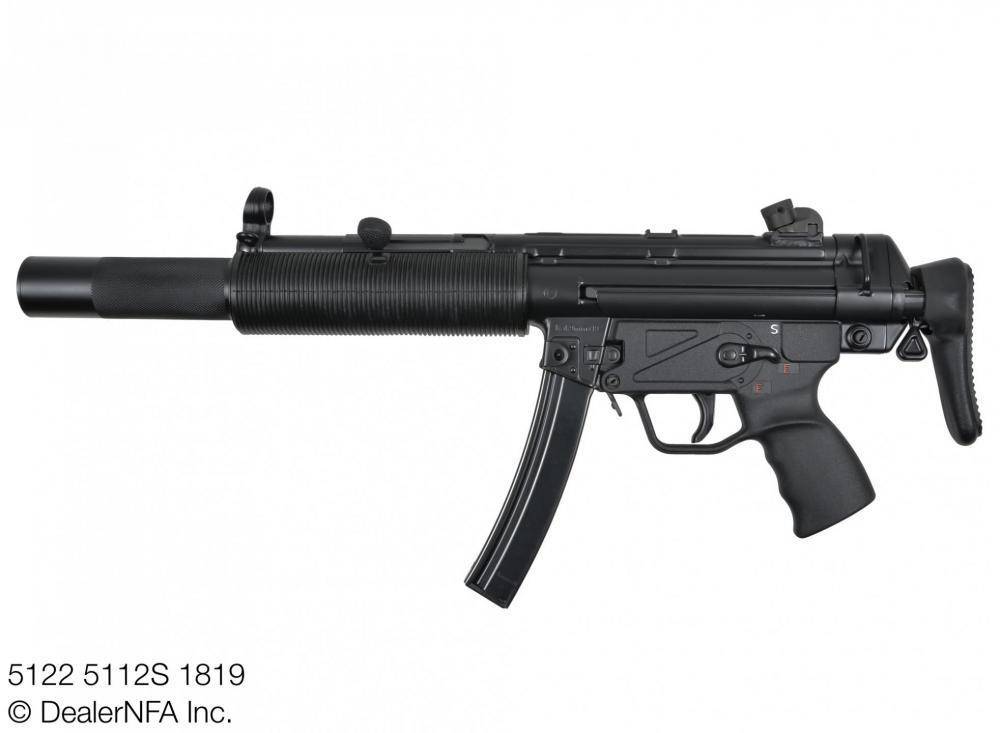 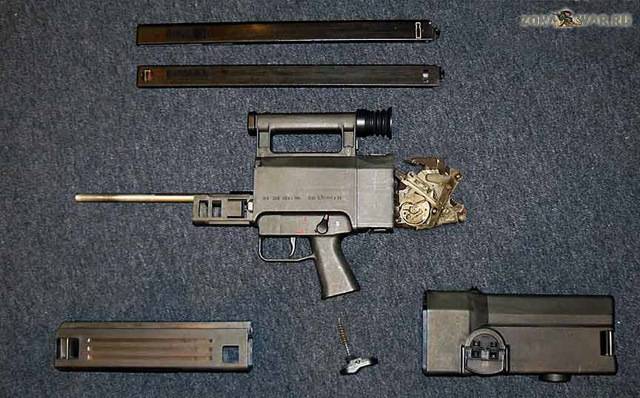 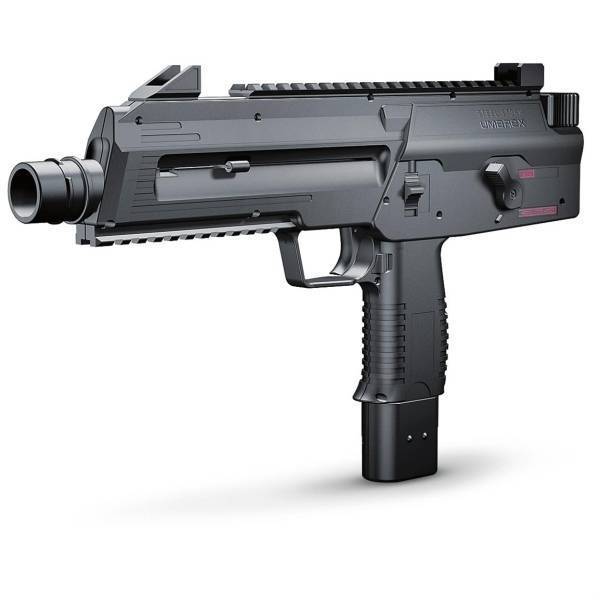 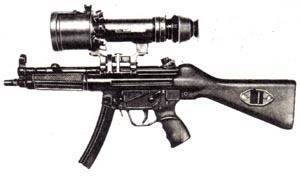 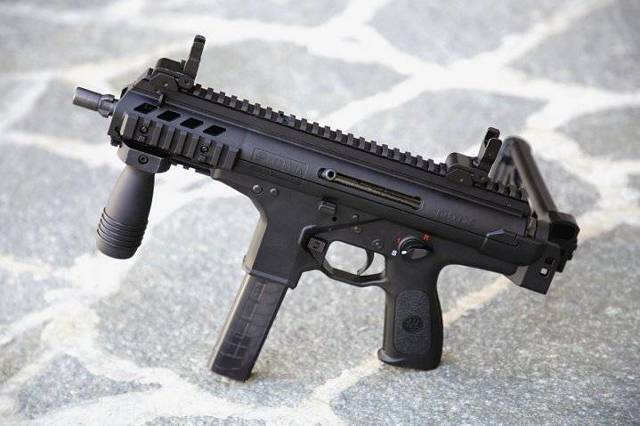 The Calico M100 is a blowback-operated .22 LR rifle that usually comes with a 100 round .22 LR helical tubular magazine and has a collapsible stock. It first came out in the 1980s and was probably one of the most unusual and futuristic looking firearms of its time. Unlike other Calico weapons, the 100 and 110 have an ejection port on the right side of the receiver.

The Calico M951 is a select fire version of the nearly identical M900 Semi Auto Carbine, except the 951 has a special compensator (much like a mini Cutts Compensator) that is larger than the compensator for the M900. Like all 9mm Calico variants it uses roller-delayed blowback like the Heckler & Koch MP5, and has a downward-pointed ejection port forward of the trigger, resembling the magazine well of a conventional SMG or rifle. 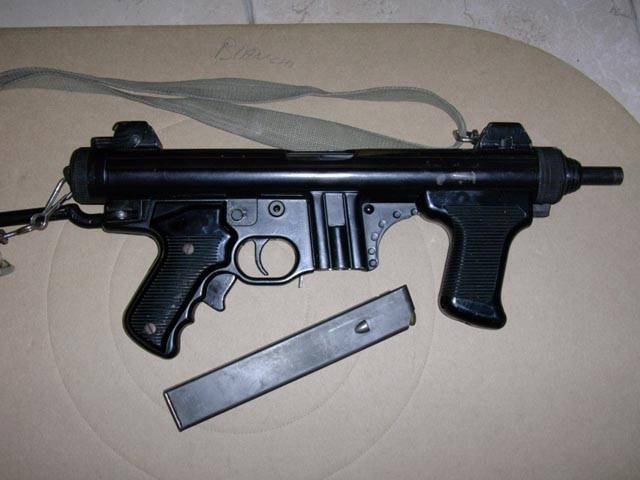 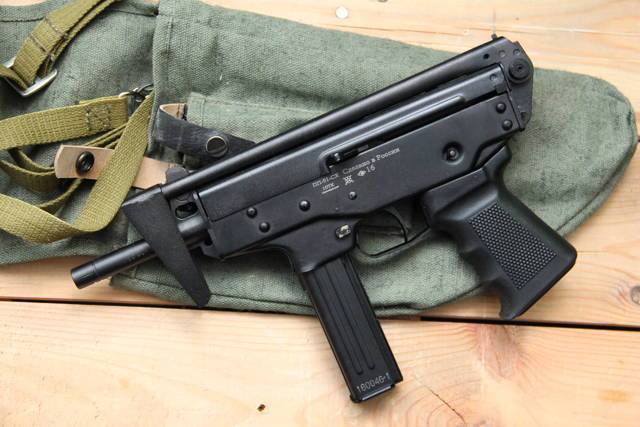 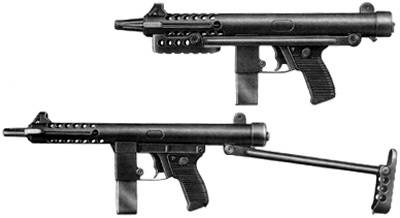 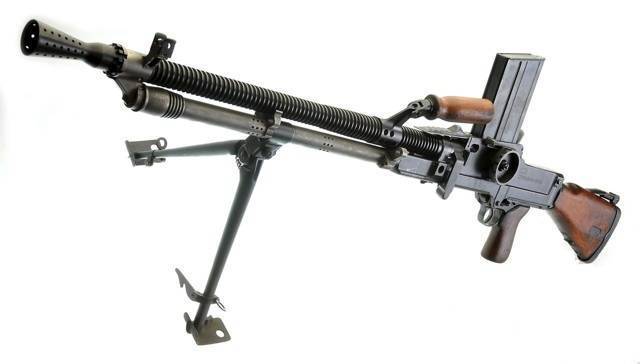 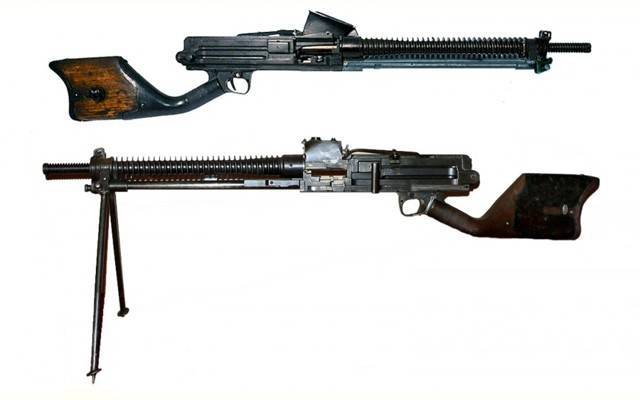 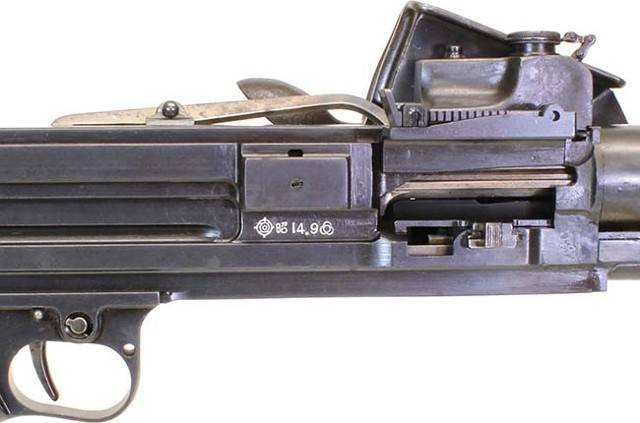 The Calico M950 is the pistol version of the 9x19mm carbine. It is also available in a full auto version, the M950A, however, movie armorers have converted M950 semi-automatic pistols to emulate the M950A in films, thus contributing to the confusing array of variants appearing in films that fire fully automatic. The M950A from the factory has a pistol foregrip to aid in controlling barrel climb during full auto fire. In some films like I Come In Peace, the gun is a converted M950 (with an accelerated rate of fire) but the foregrip was not installed since blanks don’t create the muzzle climb that live rounds do. Neither the M950 nor the M950A have a retractable stock, nor can one be installed on that type of receiver, so if you see a retractable stock, it is not one of these models. 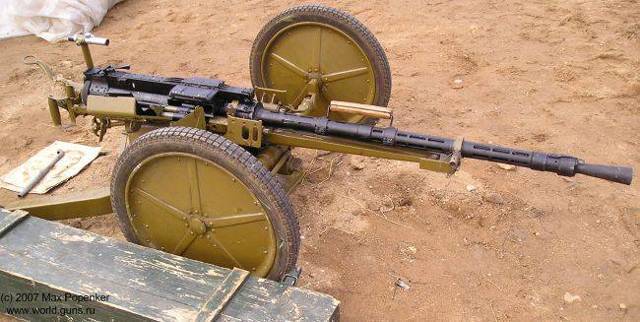 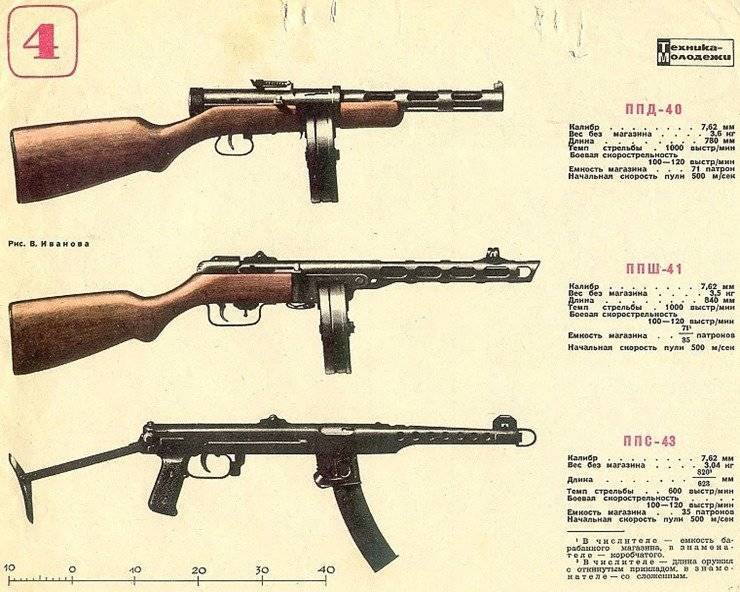 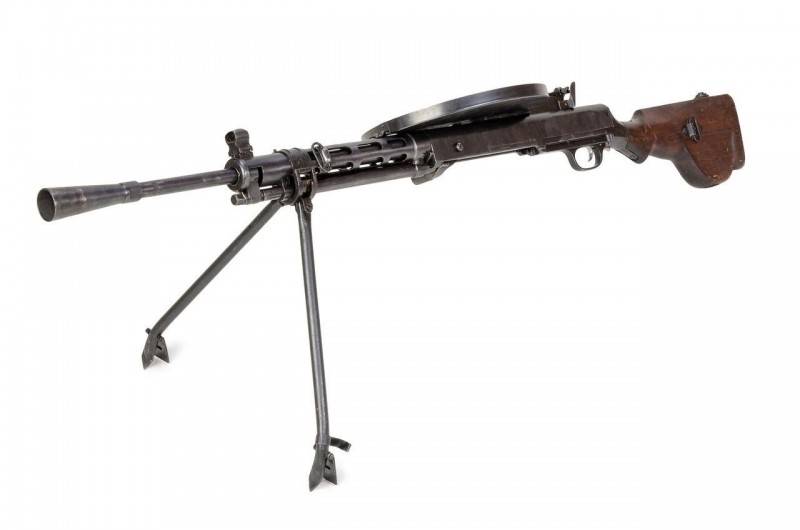 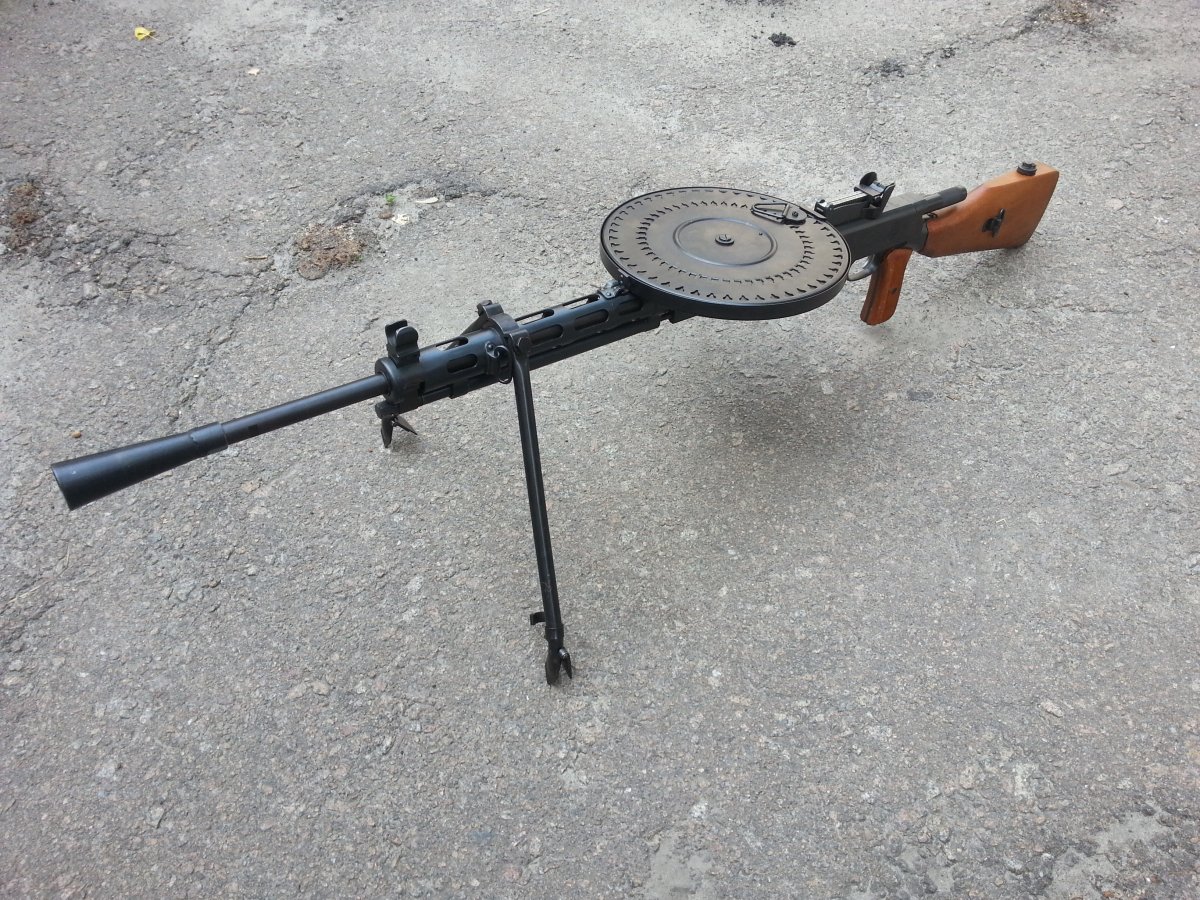 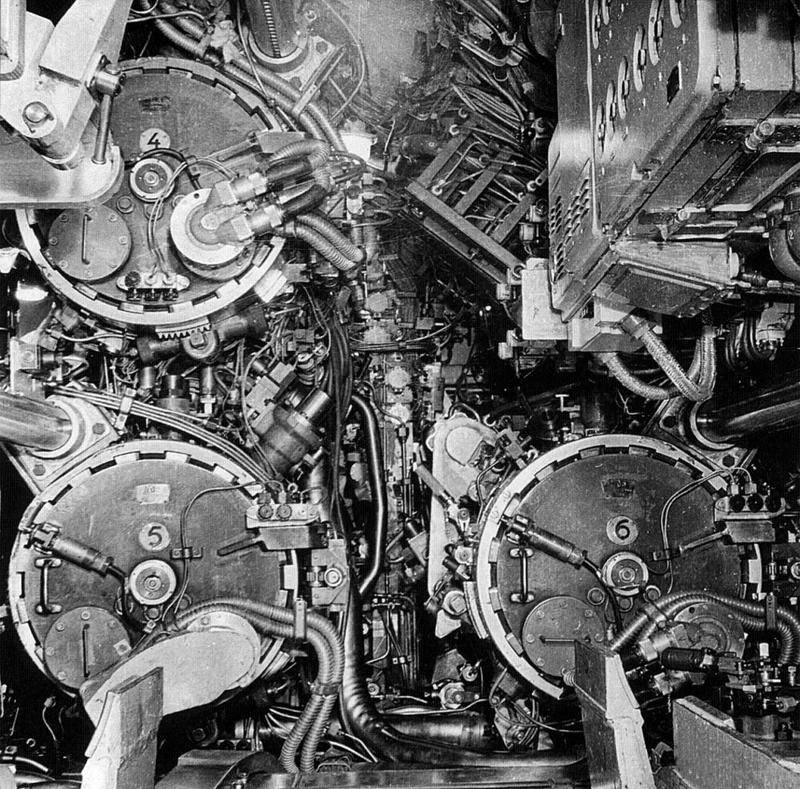 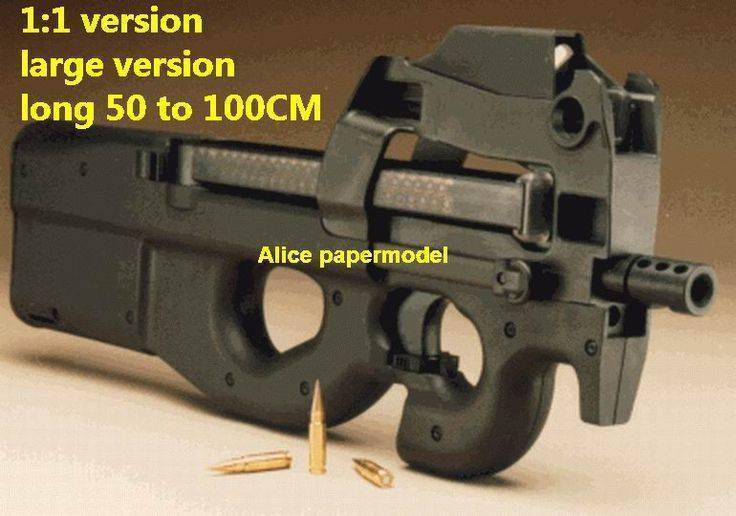