The “92 espagnol”, a Spanish-made copy of Smith & Wesson’s M&P as used by the Milice and chambered in 8mm French Ordnance.

Many of the S & W Military & Police revolvers were captured and used by some of the police forces, such as the Austrian Police, during the occupation after World War II. It is incorrect to refer to them as “the Model 10” as model numbers were not introduced by Smith & Wesson until 1957. Note that, during First World War, copies (slightly undersized) of the Military & Police were produced in Eibar and Guernica (Spain), in 8mm 1892 caliber for the French armies; the Milice man on the right holds such a copy.

A few copies of Smith & Wesson Model 10 were produced in Israel by Israel Military Industries (IMI) as the Revolver IMI 9mm. The weapon was chambered in the 9mm Luger caliber, instead of .38 Special, the original caliber. Also, Norinco of China has manufactured the NP50, which is a copy of the Smith & Wesson Model 64, since 2000. 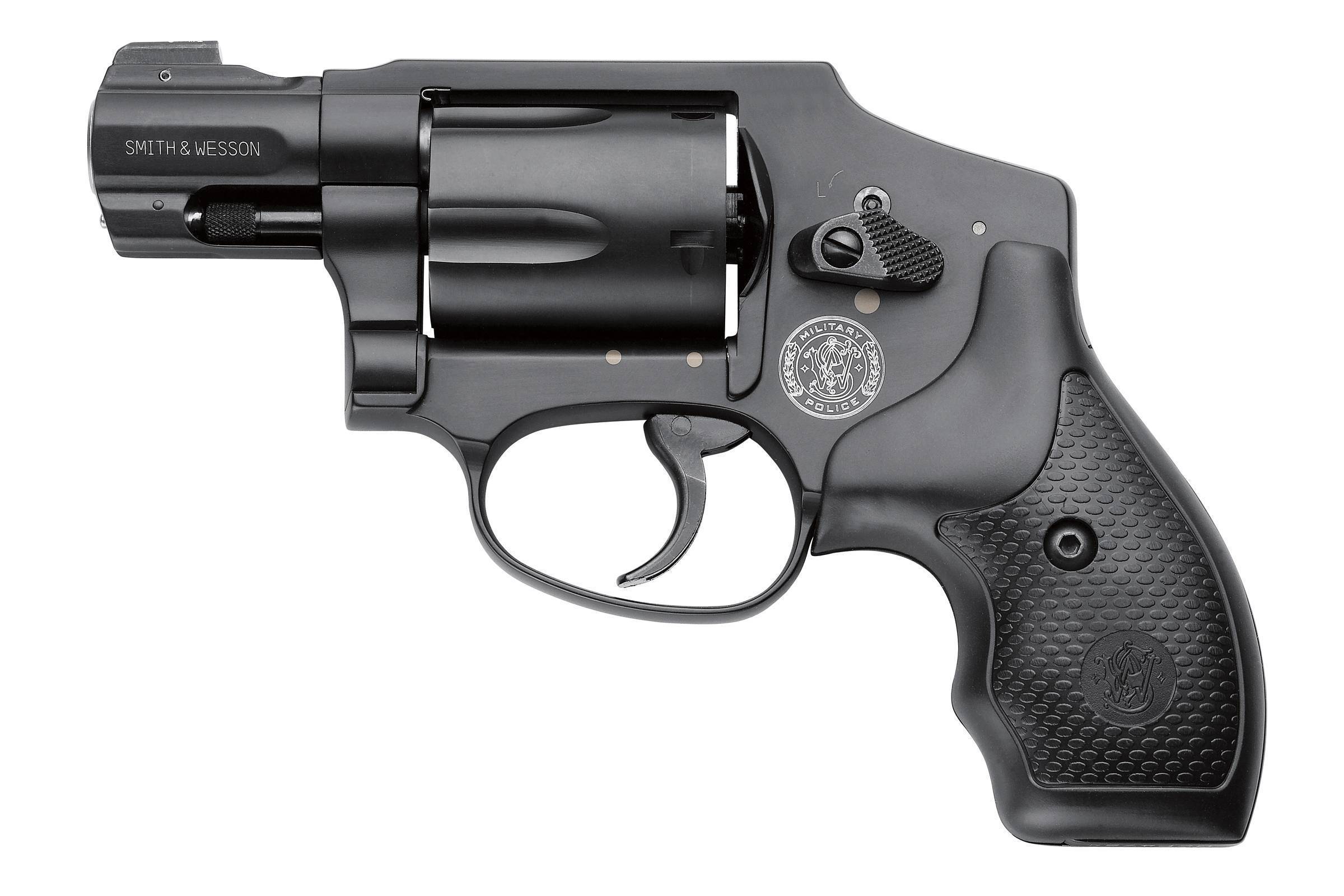 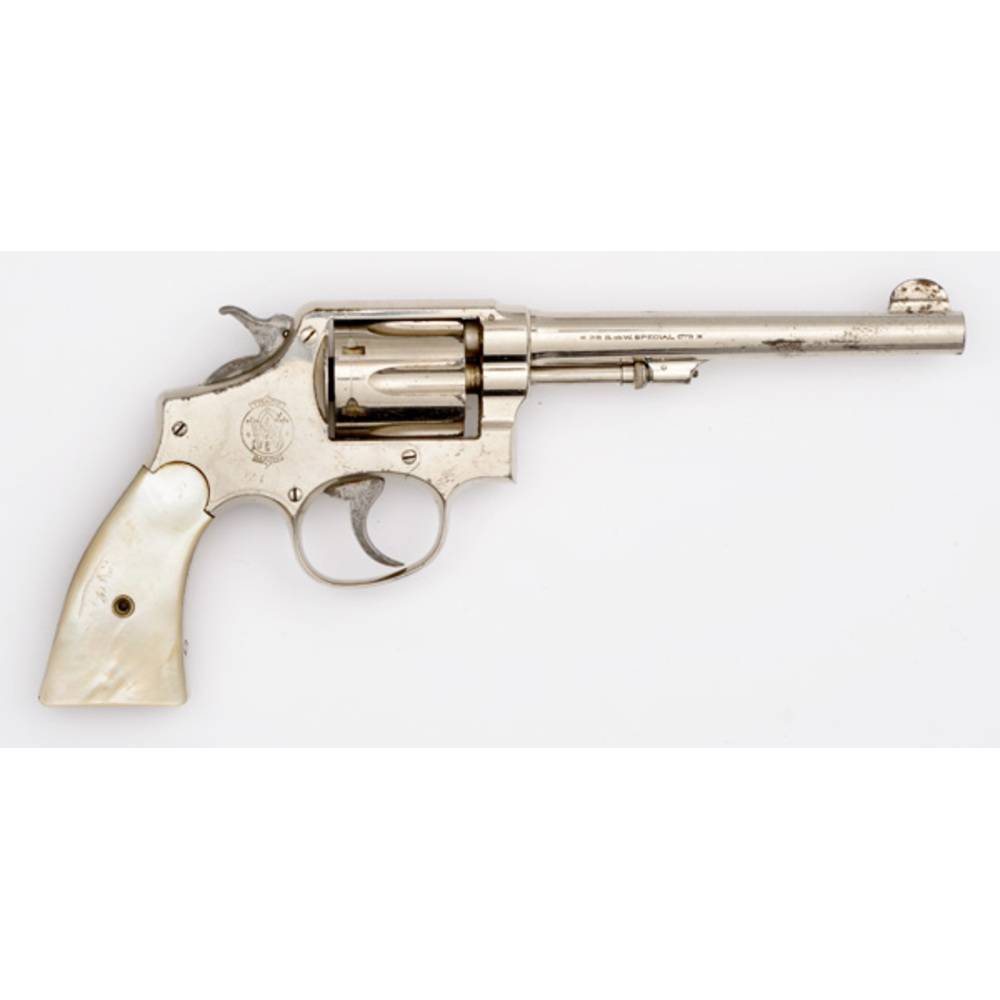 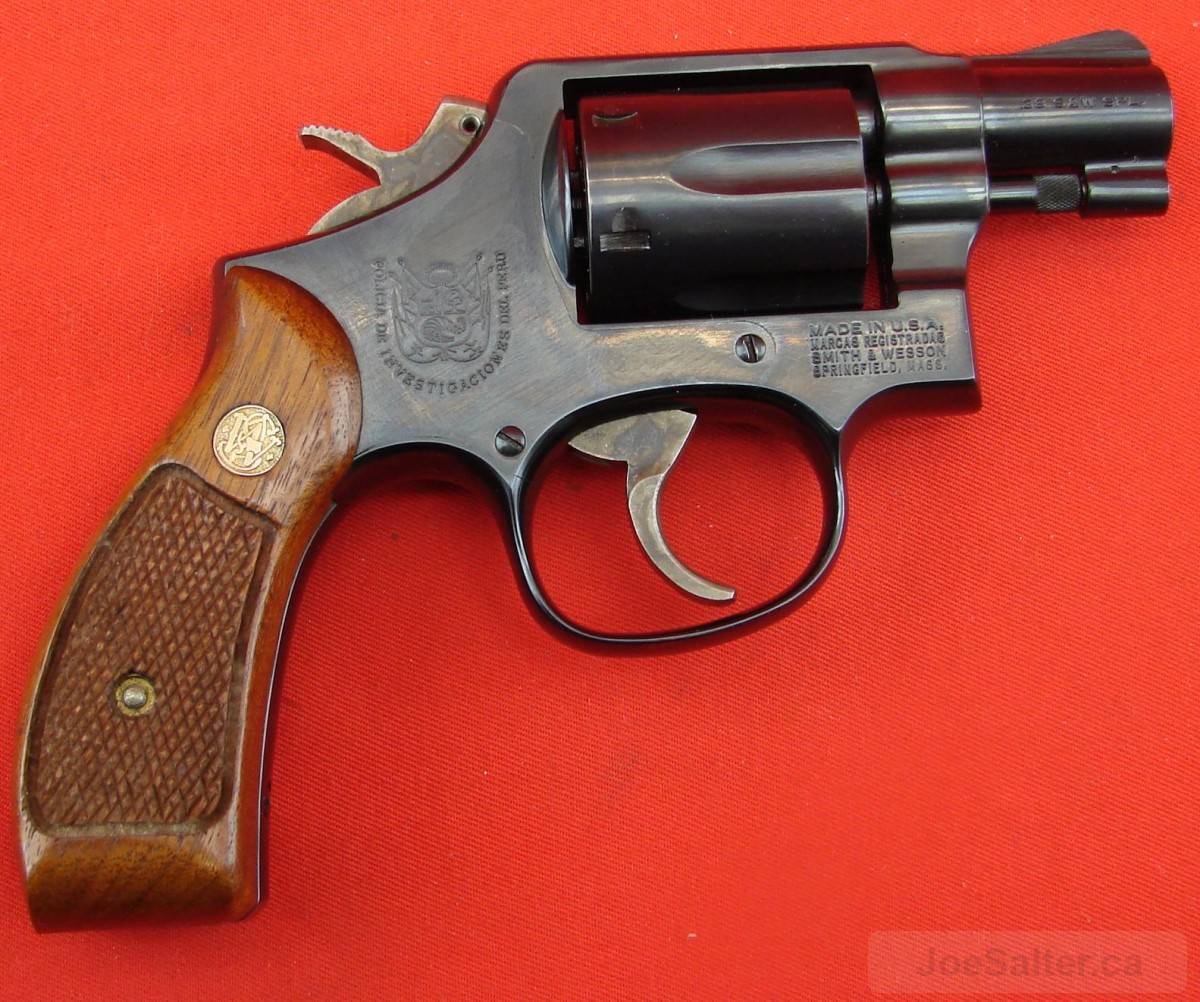 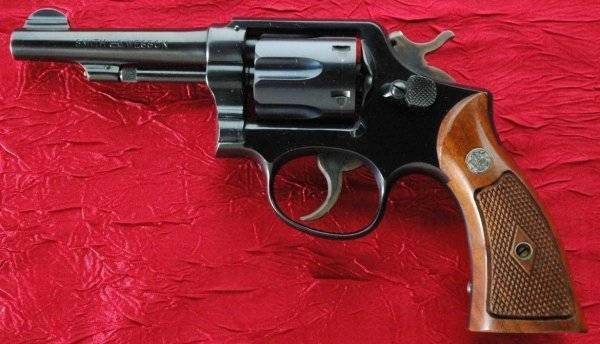 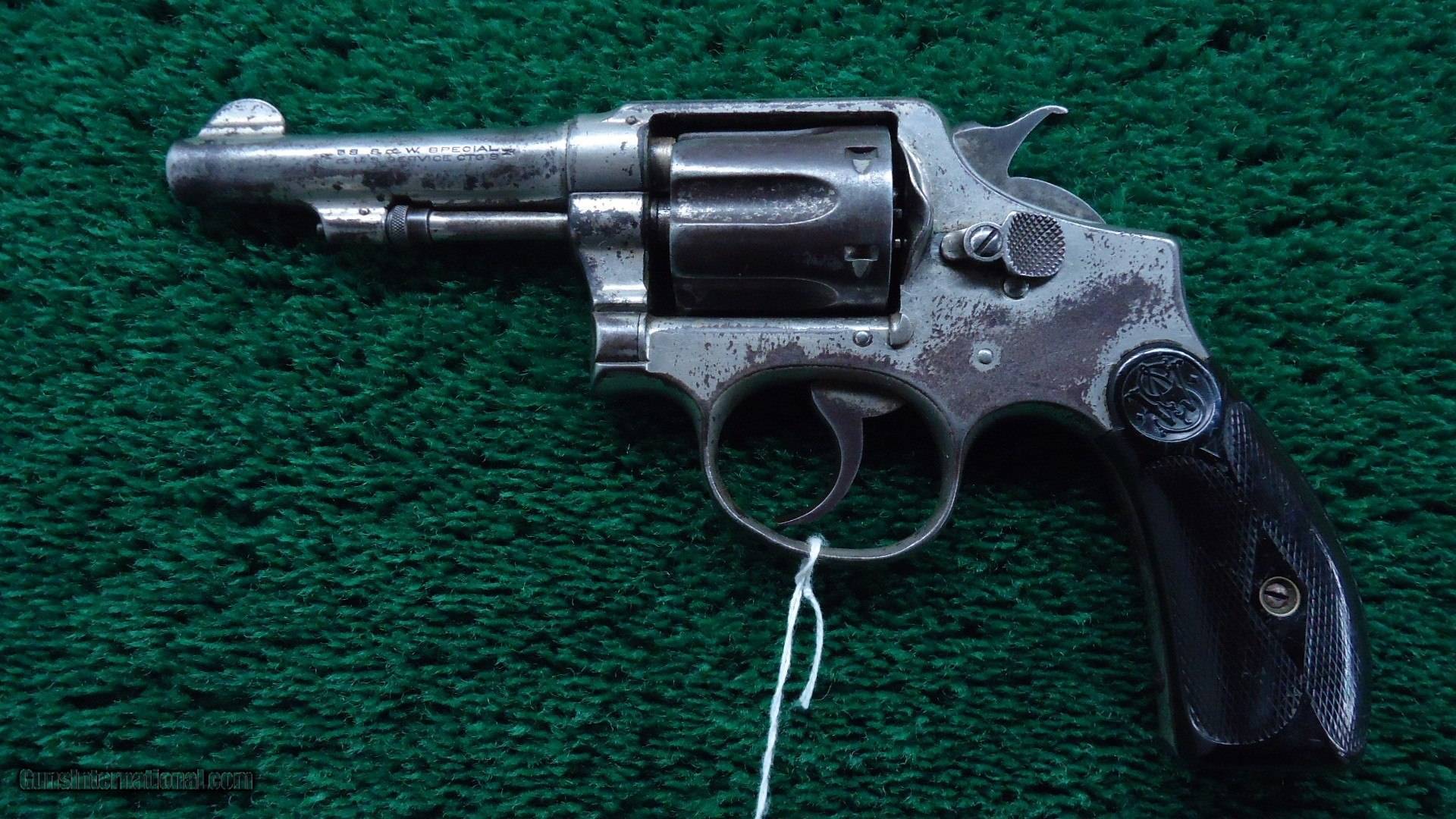 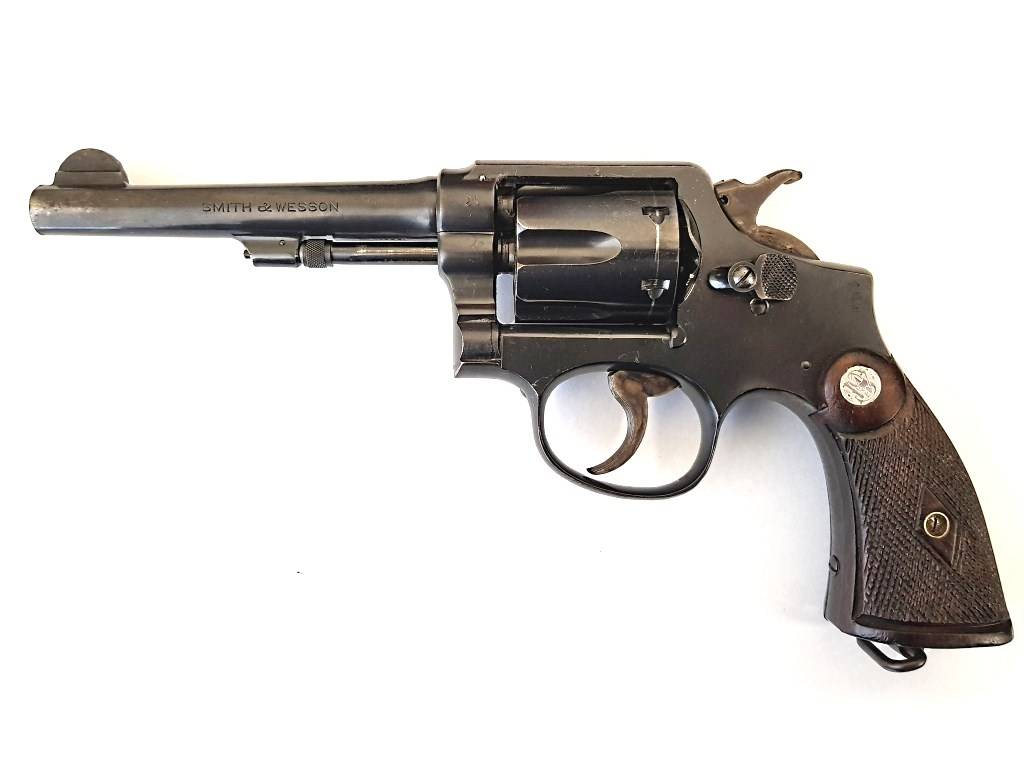 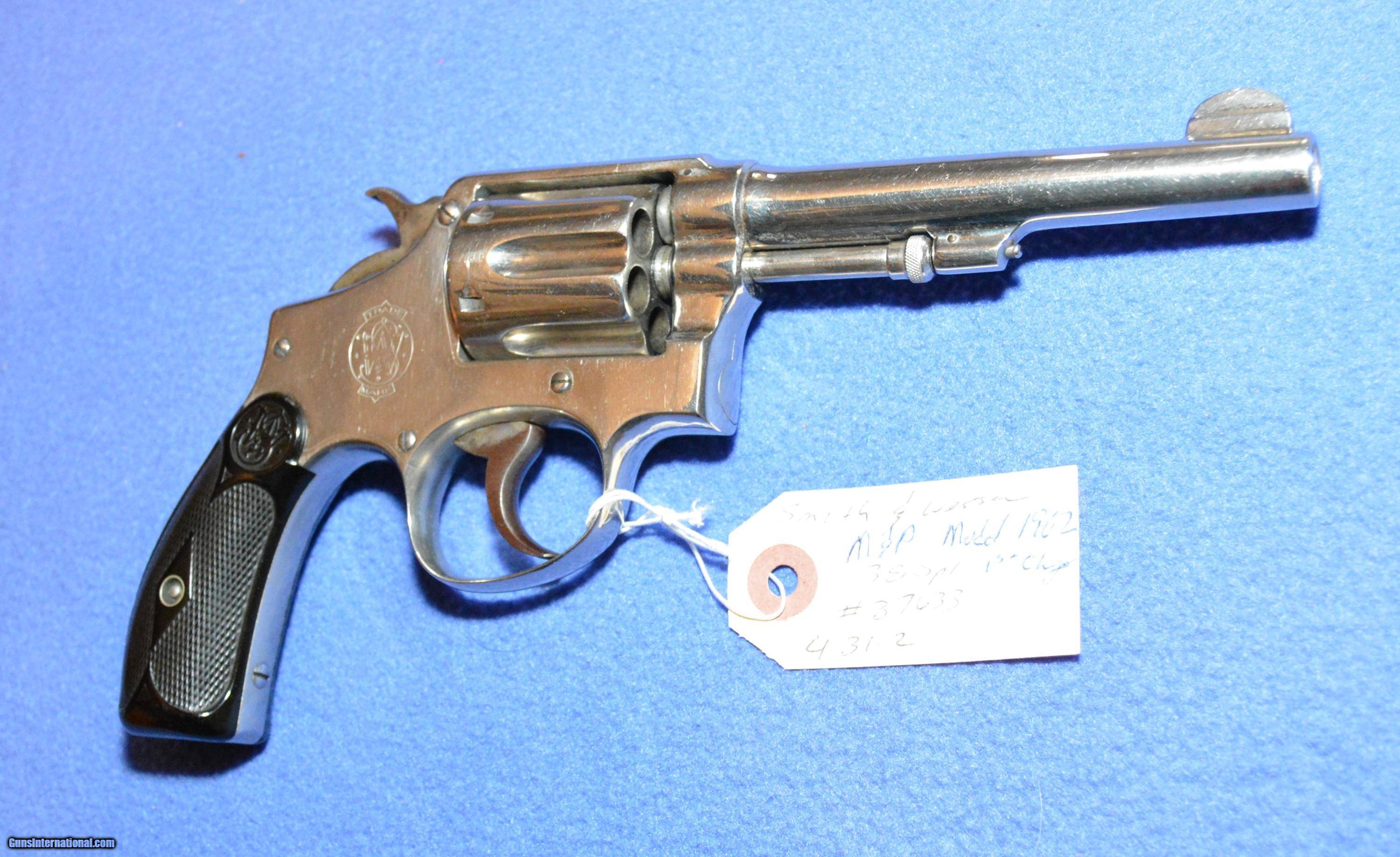 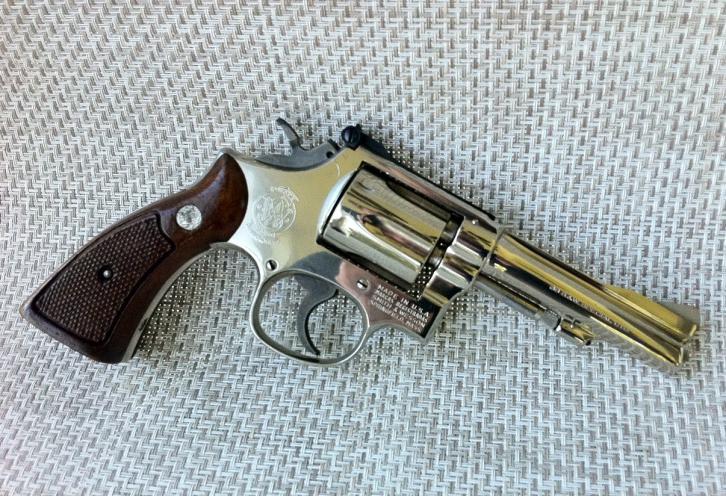 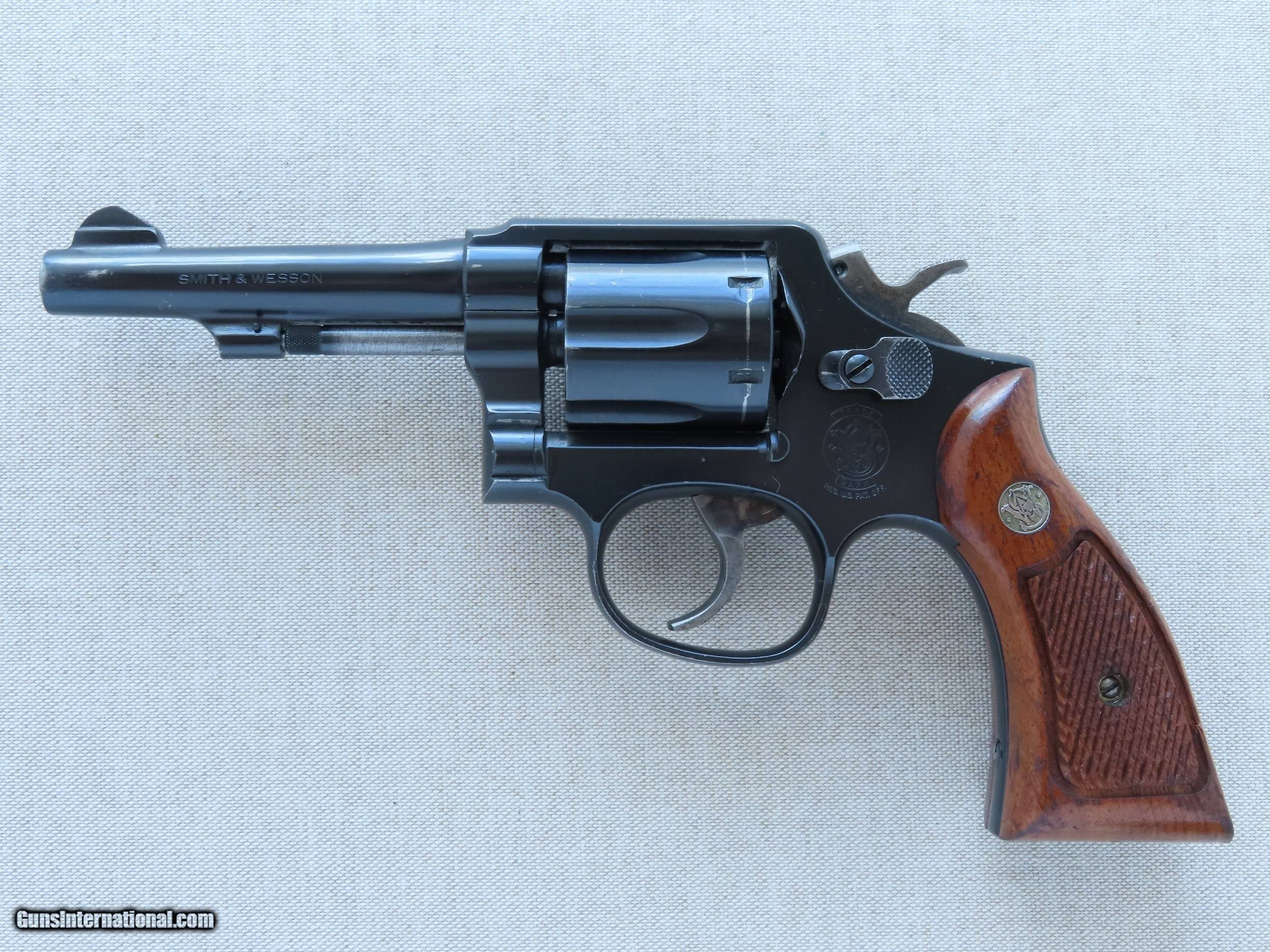 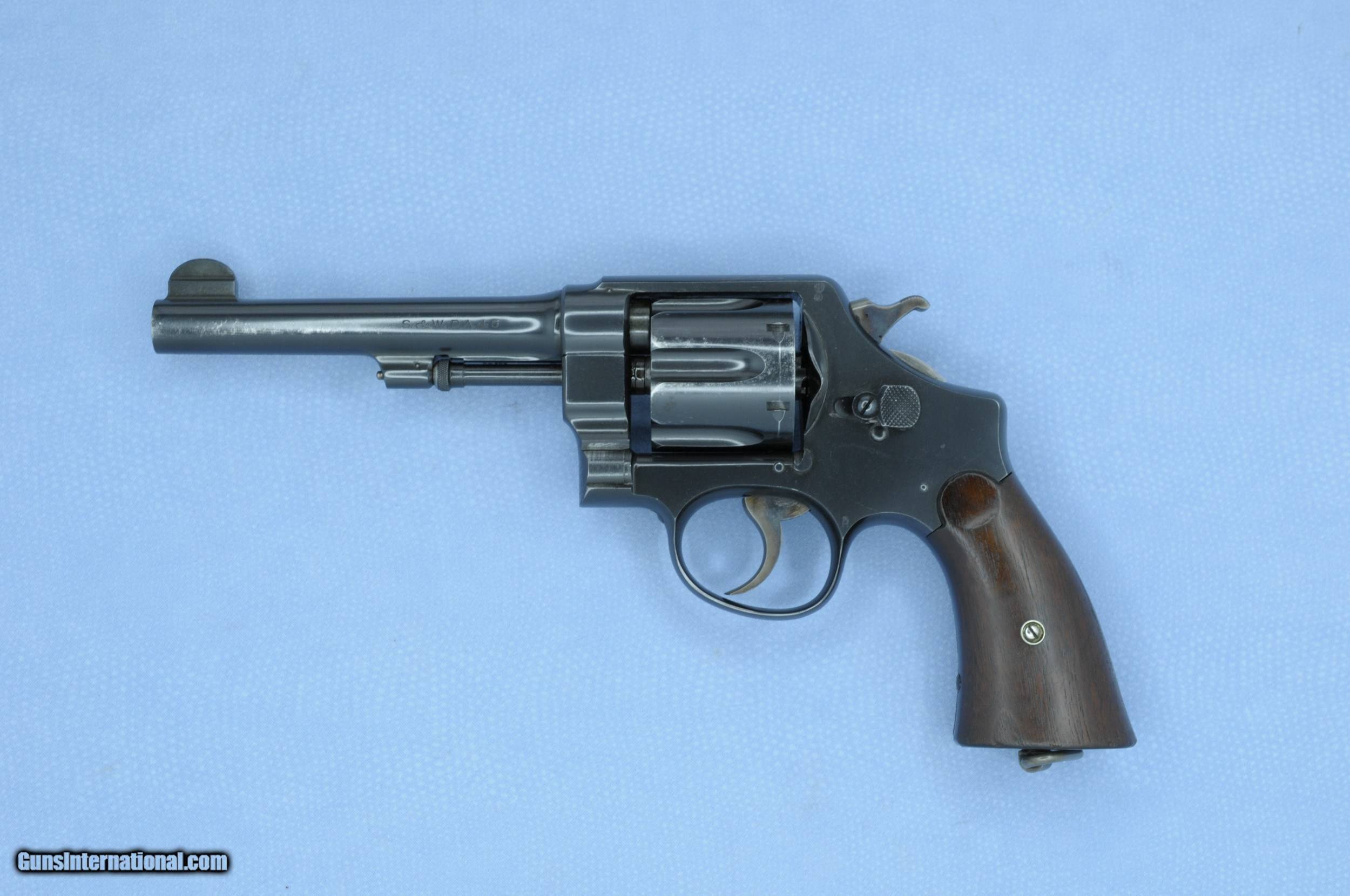 The S&W Model 10 revolver was a popular weapon before the semi-automatic pistol replaced the revolver in many police departments, as well as police units and armies.

After a small prototype run of Model 10-6 revolvers in .357 Magnum caliber, Smith & Wesson introduced the Model 13 heavy barrel in carbon steel and then the Model 65 in stainless steel. Both revolvers featured varying barrel weights and lengths—generally three and four inches with and without underlugs (shrouds). Production dates begin in 1974 for the Model 13 and end upon discontinuation in 1999. The Model 65 was in production from 1972-1999. Both the blued and stainless models were popular with police and FBI, and a variation of the Model 65 was marketed in the Lady Smith line from 1992 to 1999.

From the late 1940s to early 1960s Smith & Wesson made a Variation of the Model 10 chambered for .38 S&W called the Model 11 that was sent to British Commonwealth countries to supply their armies and police forces. they were also sent to Canada as well. 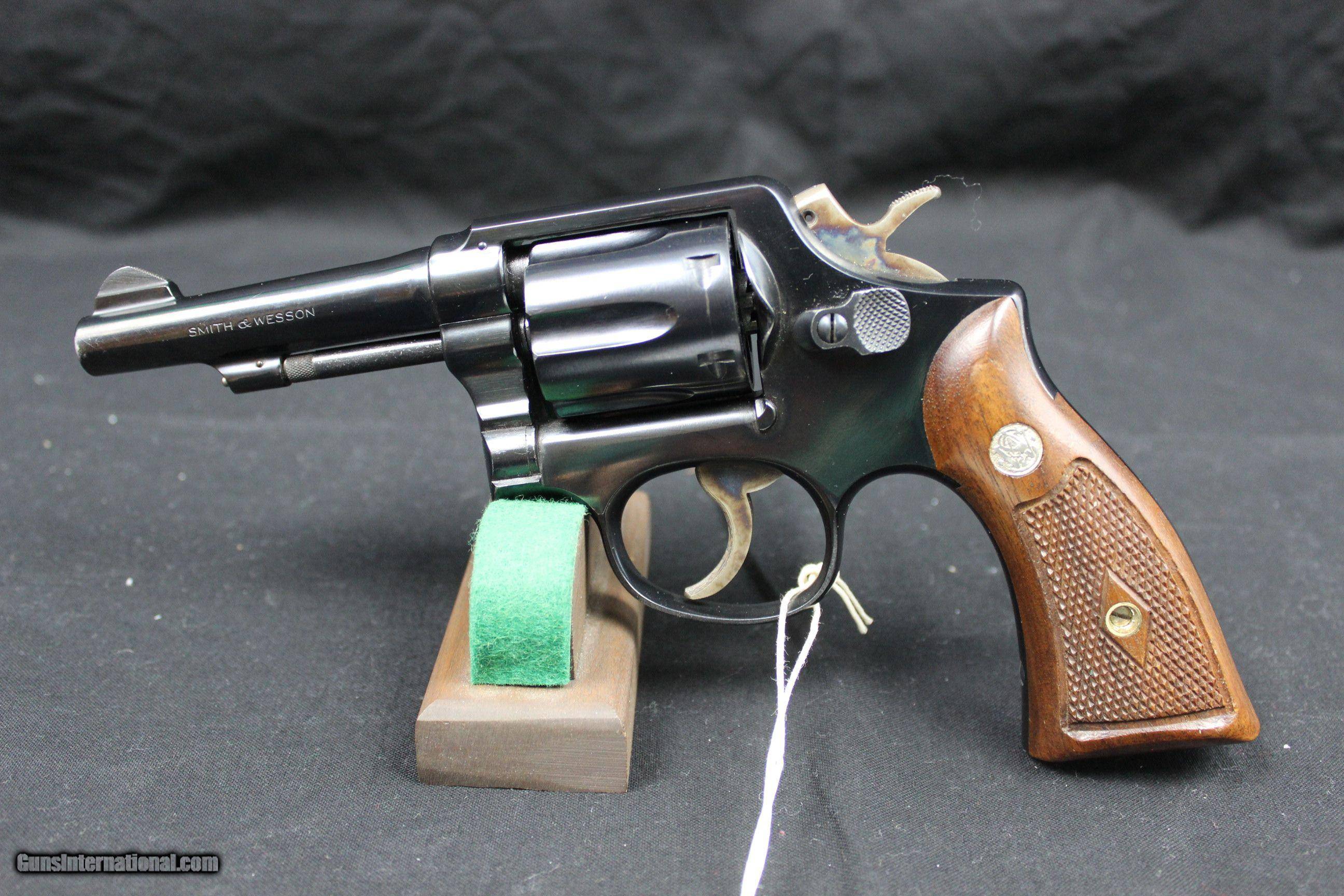 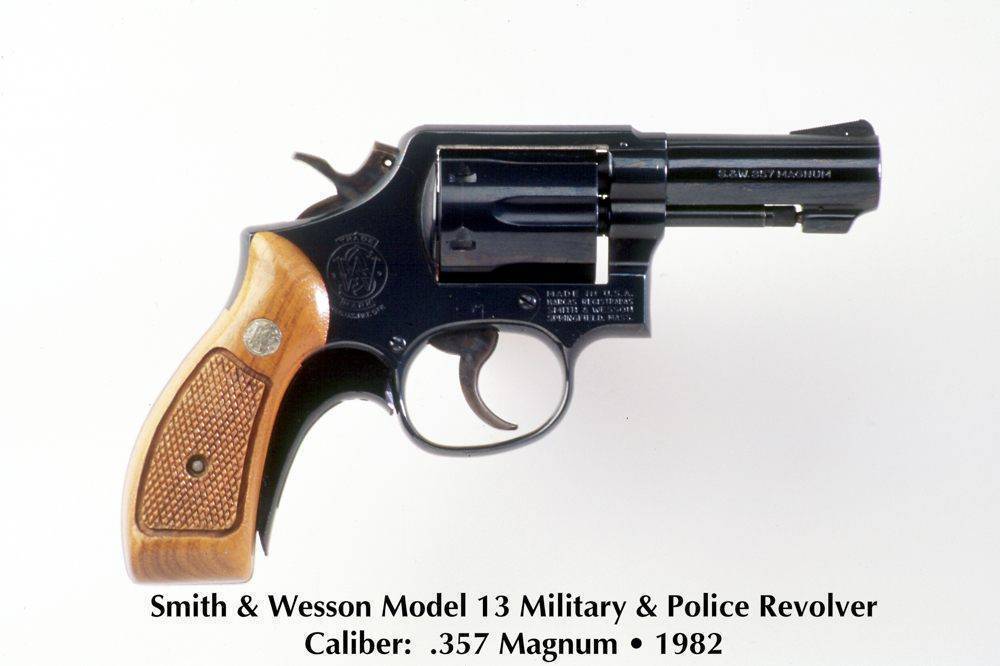 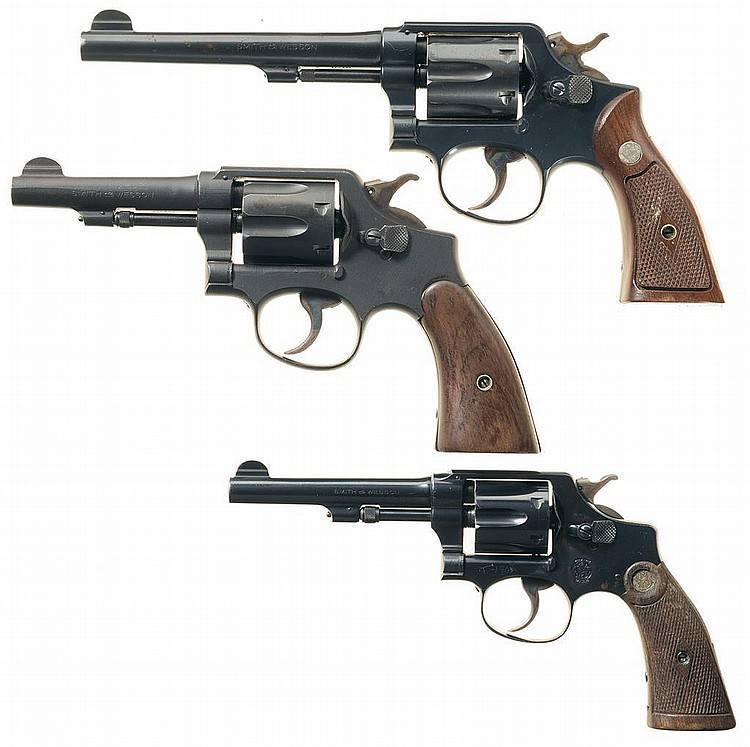 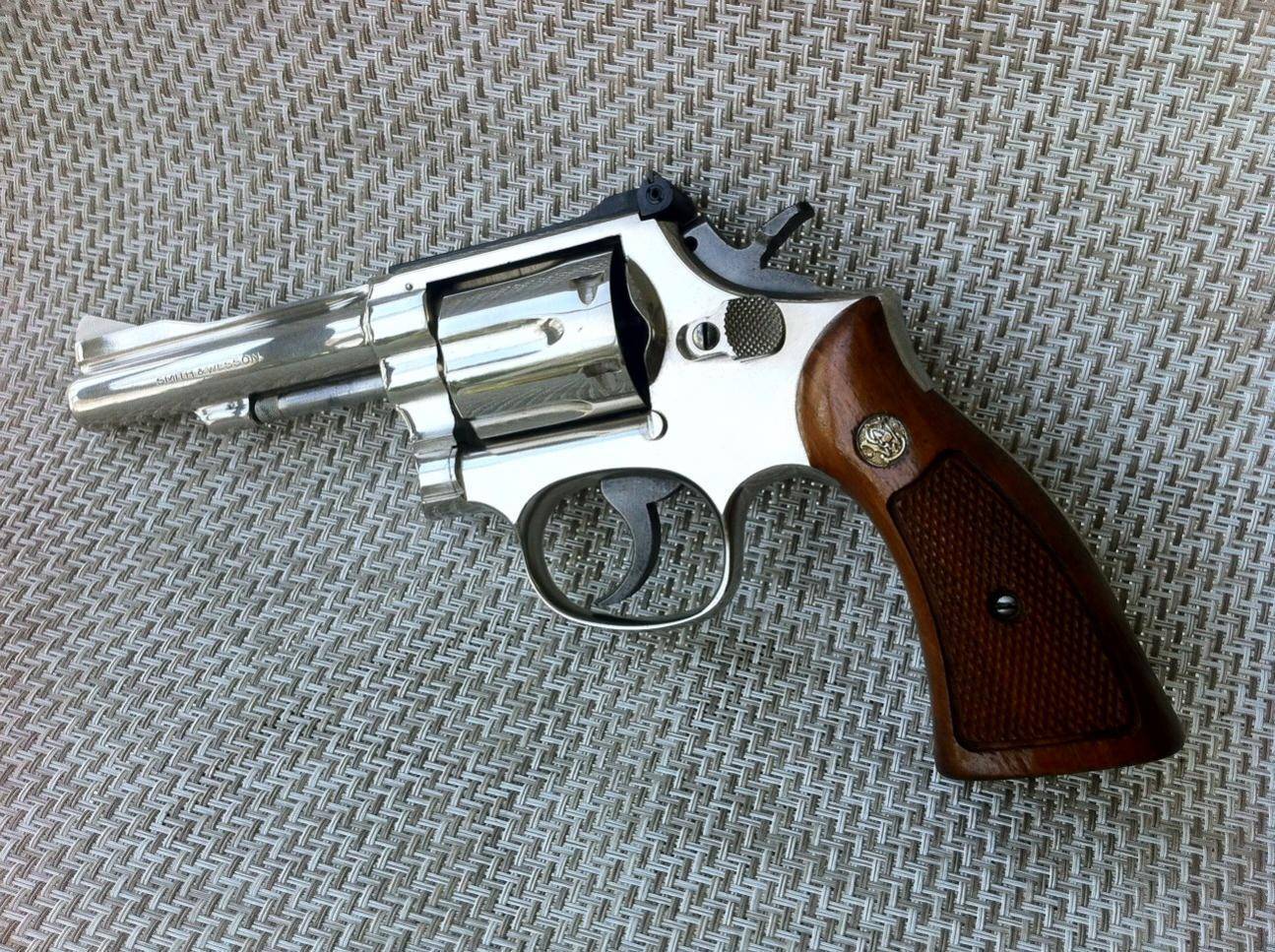 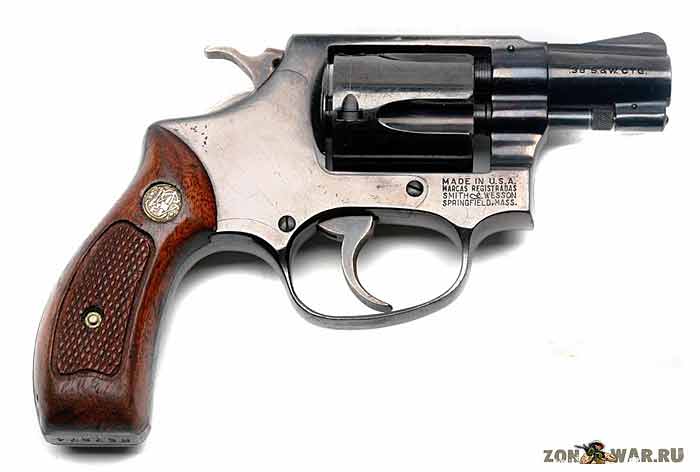 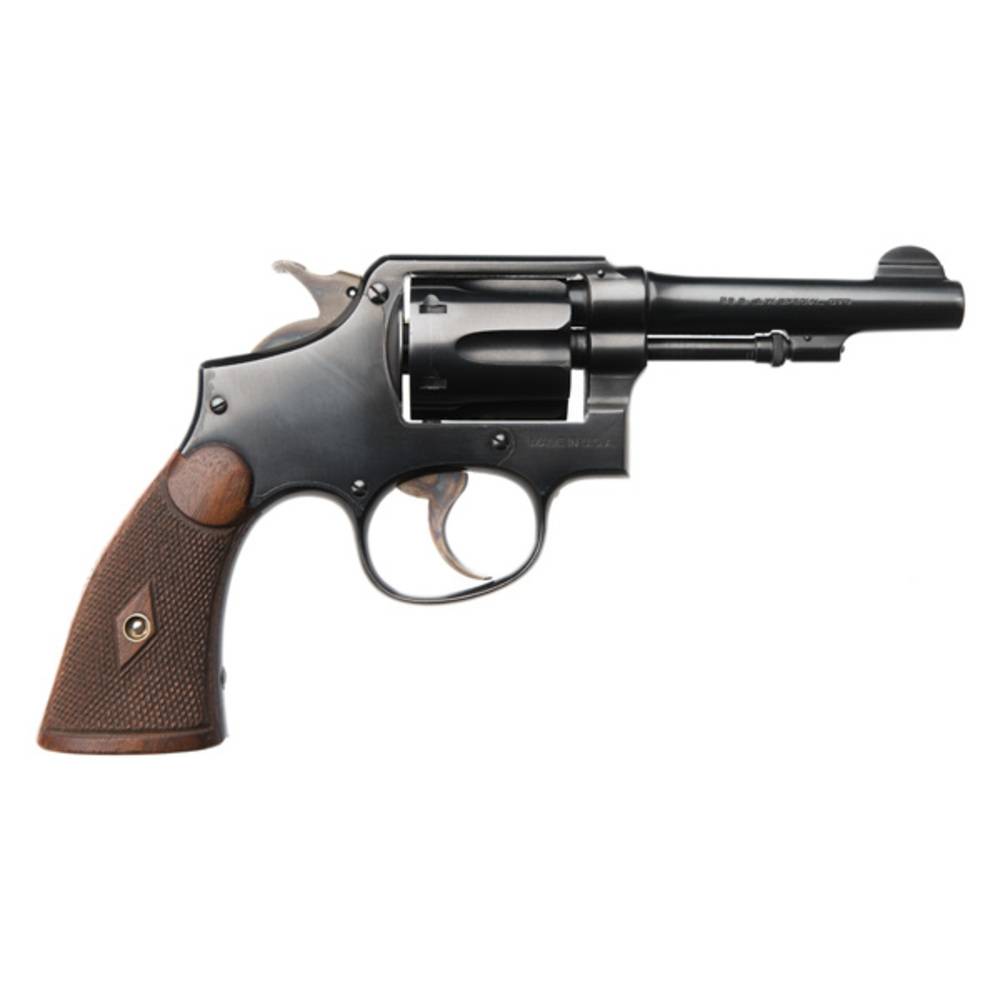 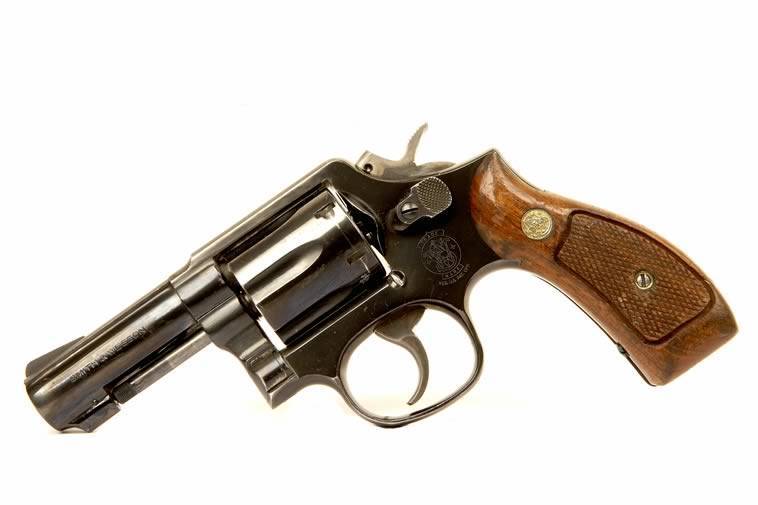 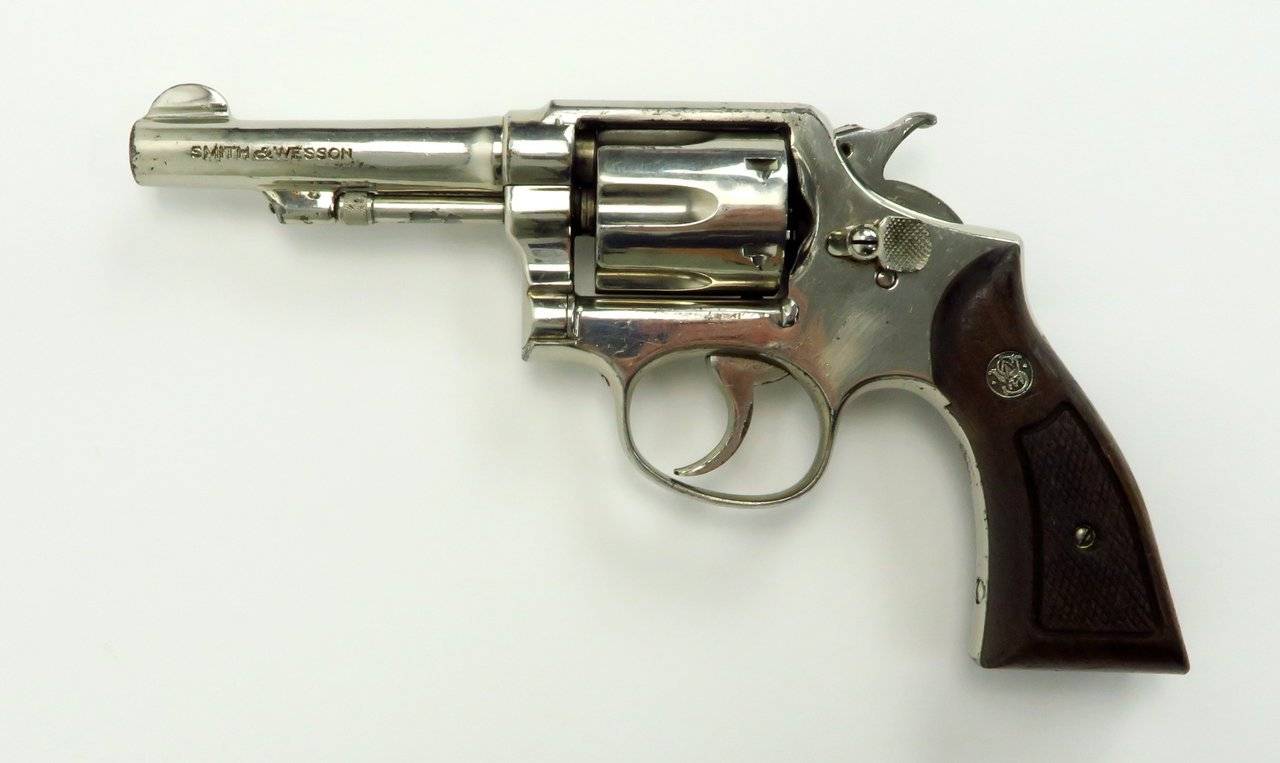 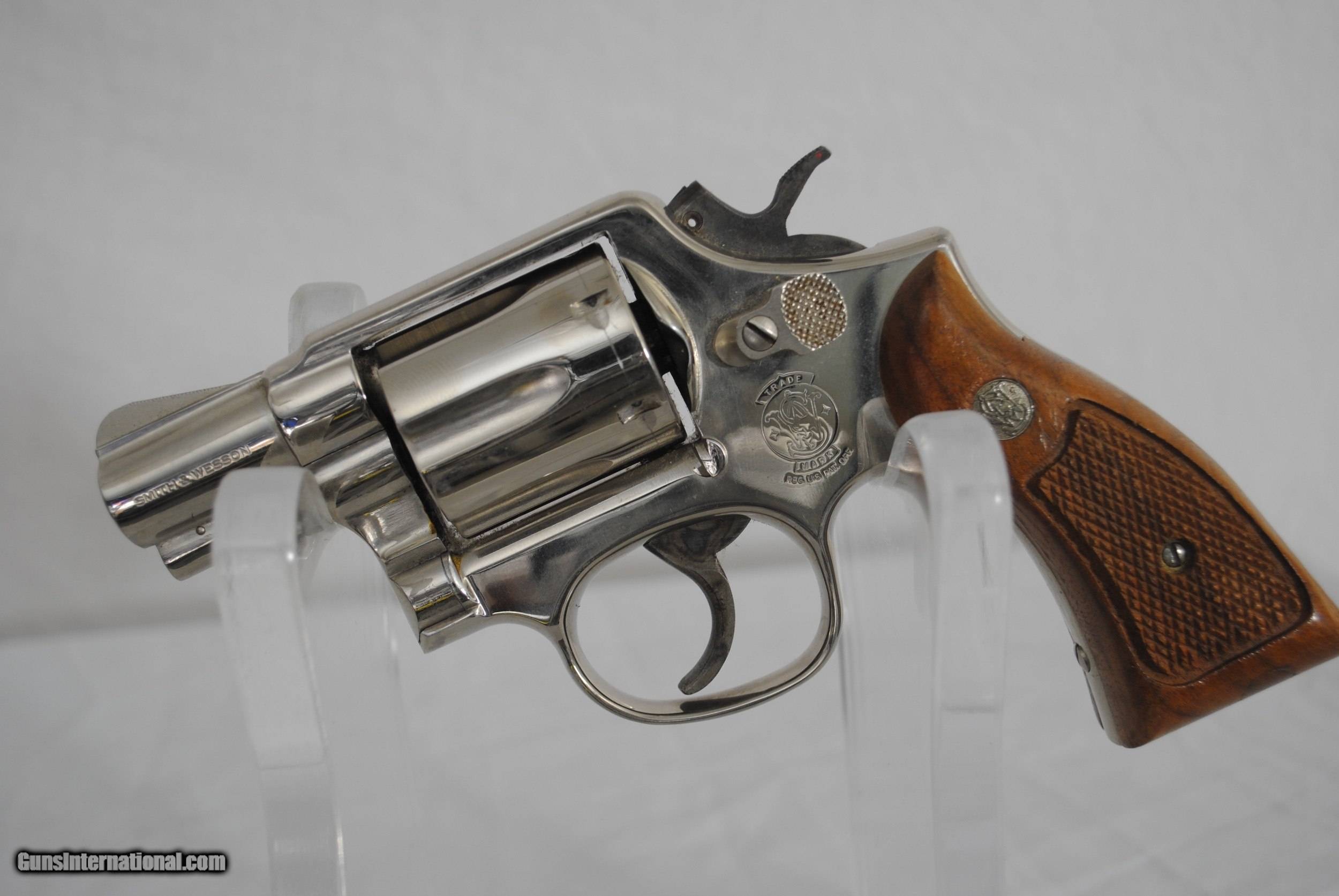 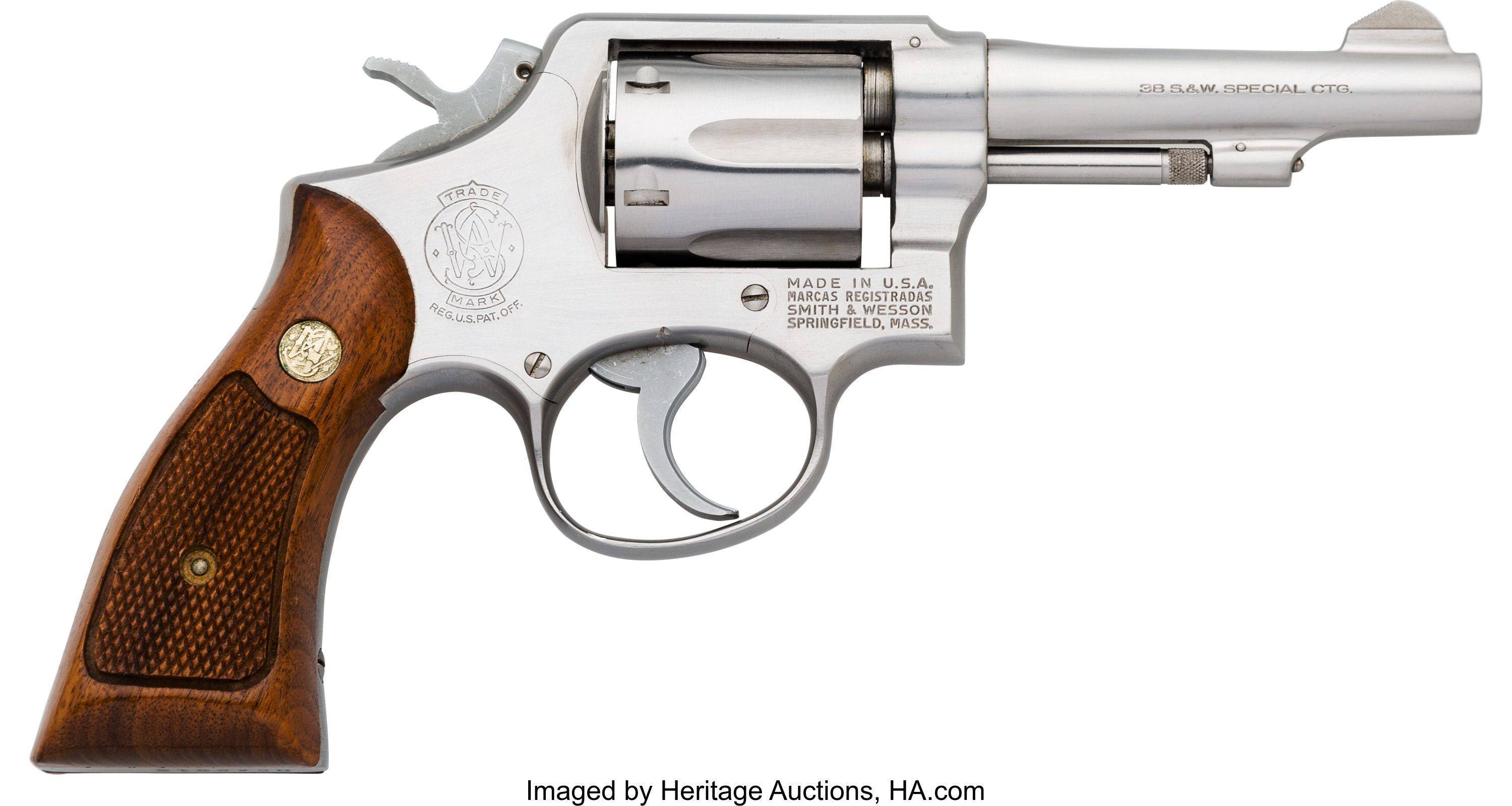 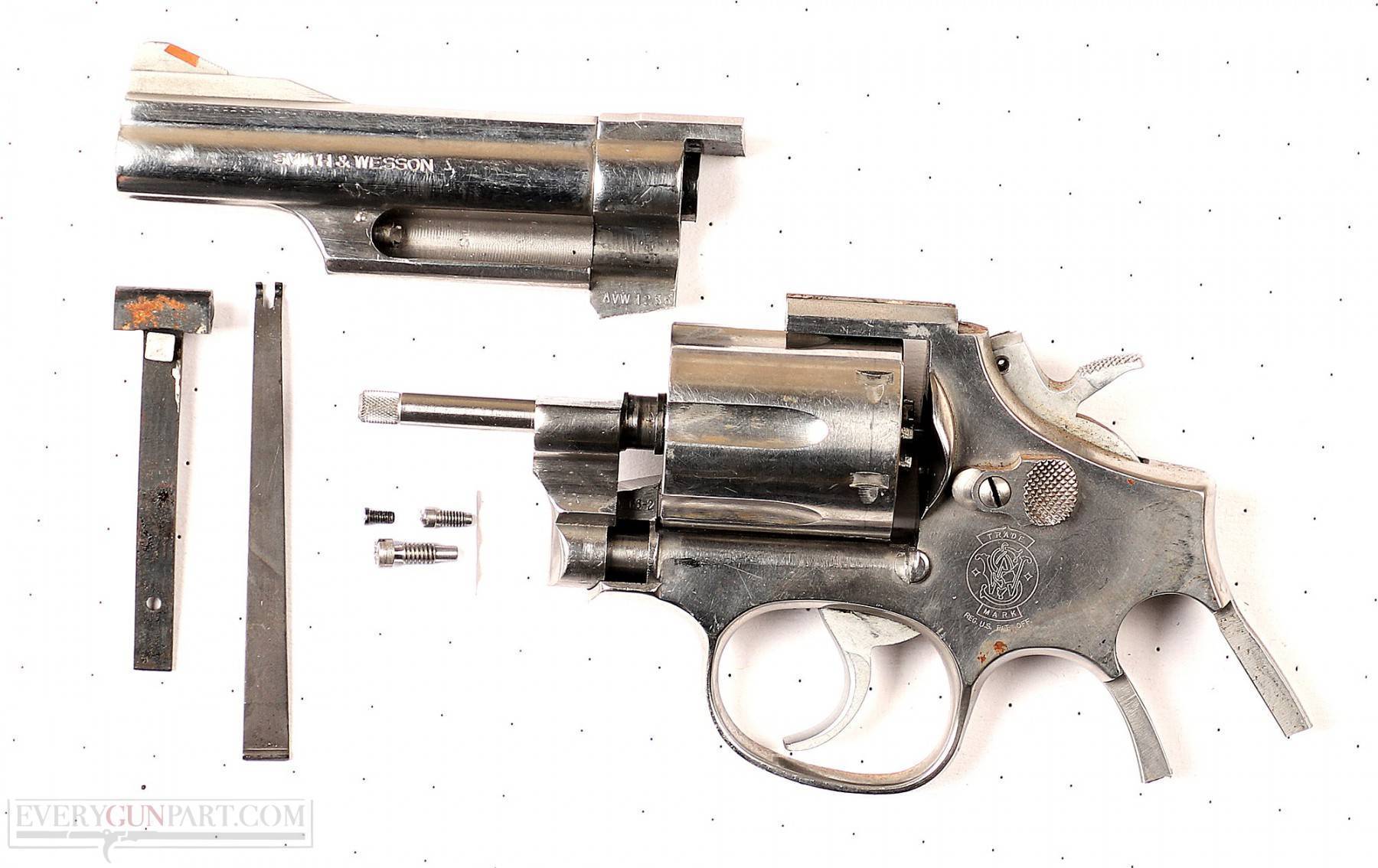 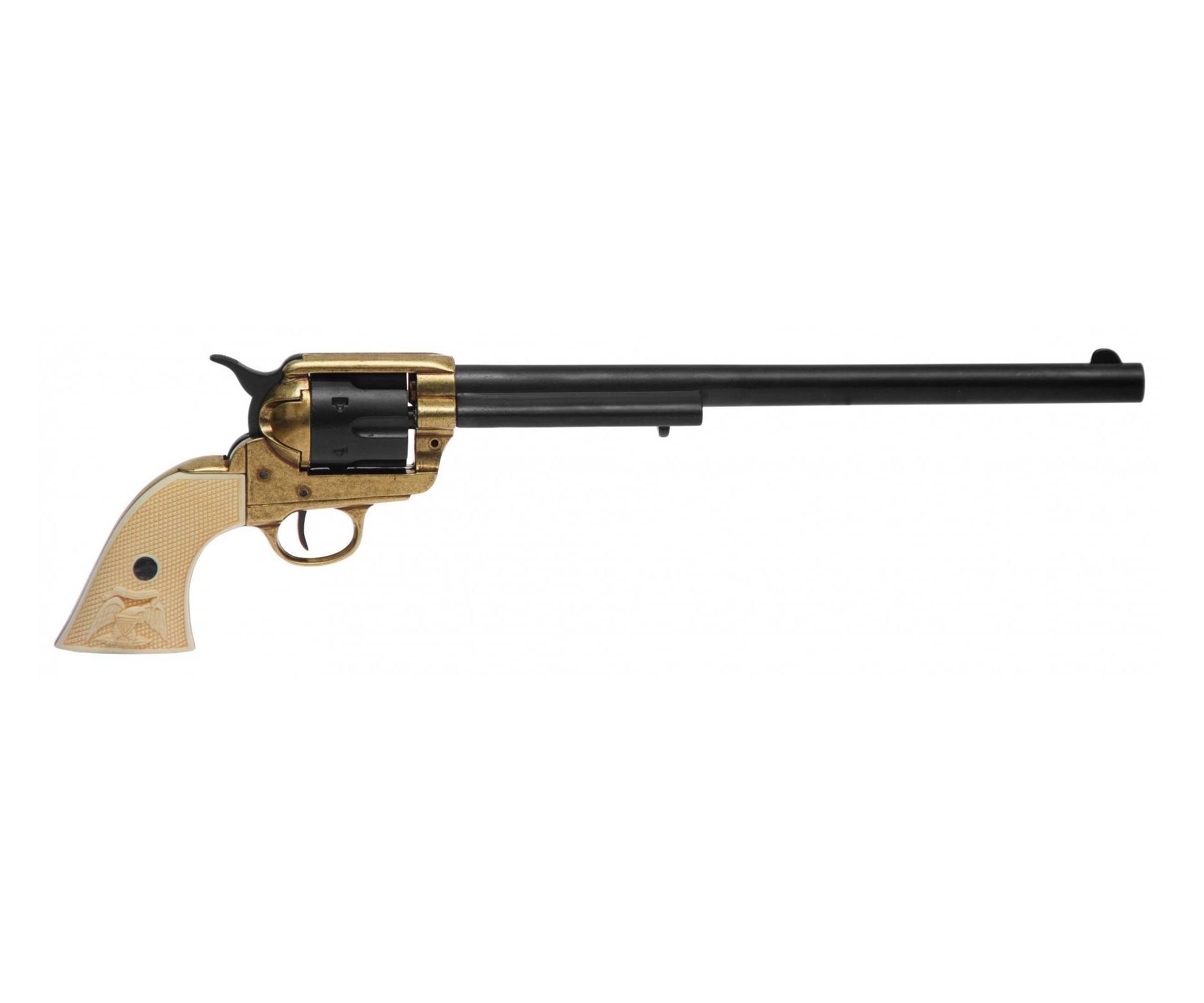 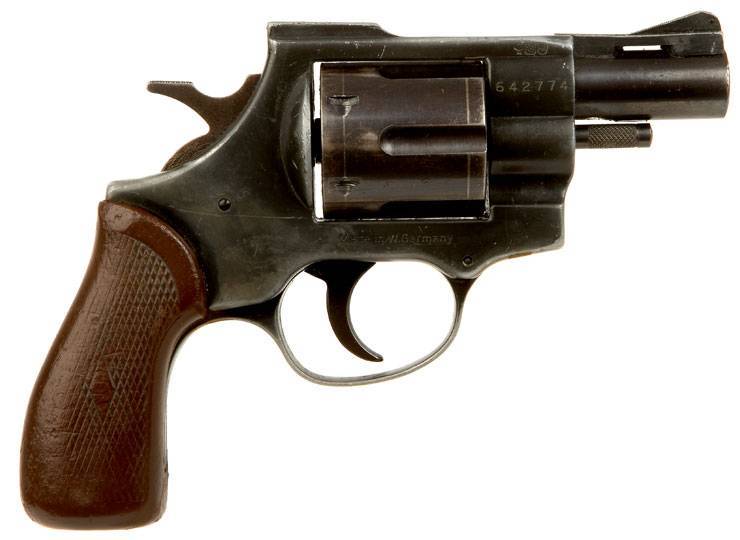 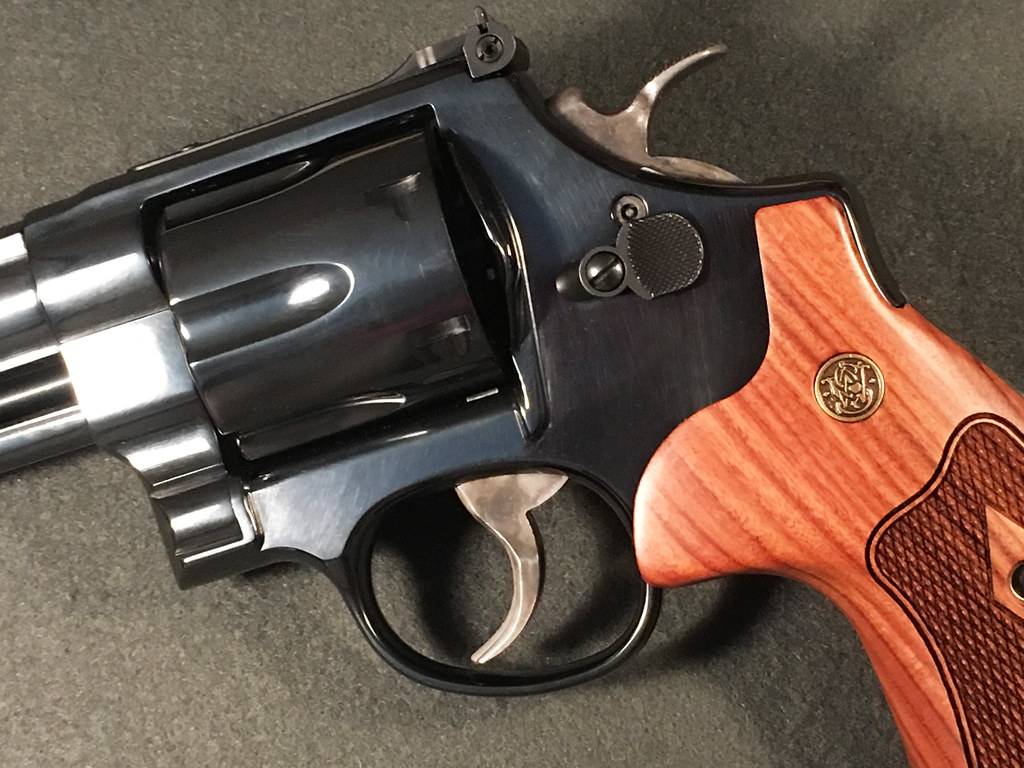 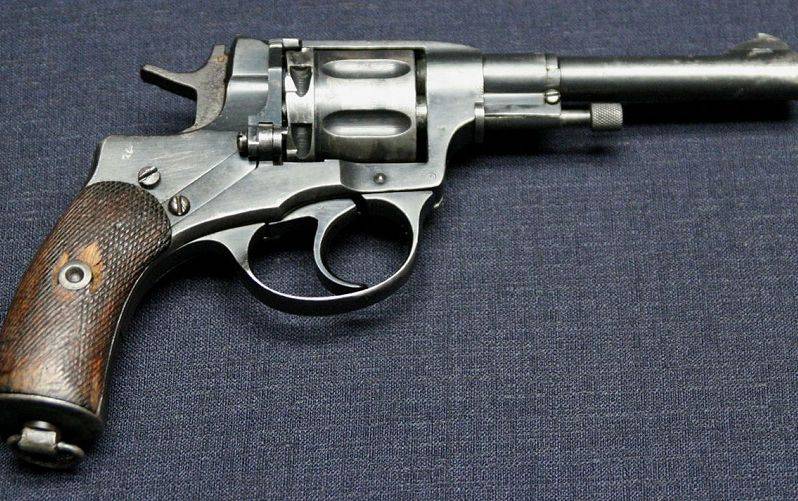